Well, there you have it; another Eurovision in the books. This one was, in my opinion, one of the most entertaining and diverse Contests we’ve had in a while, even if the songs were not as strong as in recent years. And, of course, I’m happy to have seen my favorite win. So, let’s take a breath, take a step back, and take a look at ESC 2019.

Which I will be doing on KUSH 1600AM at 8am US Central Time on Monday (20 May) (of Cushing, Oklahoma, USA – Part One & Part Two) and with the EuroWhat? Podcast this upcoming week to talk with Ben and Mike about this year’s results!

This is the fifth Dutch victory, after the Netherlands won in 1957, 1959, 1969, and 1975. They are now tied for third for all-time victories along with the United Kingdom, France, and Luxembourg (Ireland is first with seven wins, Sweden is second with six). Arcade is only the eleventh winner to be performed by a solo male (Rise Like a Phoenix is not counted, as its credited artist is the female character Conchita Wurst).

This is only the second time the final scoreboard had to be adjusted after the Contest. The first was in 1998 when Croatia was docked 1/3 of its points after the EBU ruled the synthesized male chorus on the backing track broke the “spirit of the rule” requiring all lyrics to be live (this is the reason all backing tracks must be turned in ahead of time in March). The EBU announced that, due to human error, the wrong jury votes were calculated on behalf of the disqualified Belorussian jury. The jury from Belarus was disqualified due to sharing video of the jury deliberation process from the First Semi-Final; this is against the rules and the EBU punished them accordingly. Using a secret algorithm, the EBU calculates automated scores for disqualified juries or televotes. This had been used quite a few times since the new voting system was introduced in 2016. The results read live on air during the Contest were reversed, resulting in the bottom ten of the automated ranking receiving points as opposed to the Top Ten. After several fans noted how weird the votes were given what one would predict for Belarus, the EBU eventually reissued the Belorussian jury points, resulting in several changes to the scoreboard, including North Macedonia now being the jury champion and Israel receiving null points from the juries.

**updated with the corrected scoreboard

This is only the fourth last place for the United Kingdom (2003, 2008, 2010).
This is the third year in a row, and fourth time in five years, that the host country came in the bottom ten.

I am ecstatic that some of my favorite songs did so well, particularly the Netherlands and North Macedonia. So, after all of the performances this week, what are my favorite ten songs from the Contest?

This was quite the year! I think this was perhaps one of the most entertaining and engaging Grand Finals in quite some time. It was also one of the longest. Come on EBU! Five interval acts is way too many. The section with the past winners and runner-ups performing each other’s songs was fantastic! The Ilan Raichel Project was lovely and I quite enjoyed them. The mentalist was superfluous. The Gal Godot video could have been at any other point in the night – perhaps the beginning. The opening act could have clipped down the video or simply replaced it with Gal Godot before the parade of nations. And the Madonna section was unnecessary and bad — we did neither needed it nor wanted it. We can cut the show back down to three hours – or at least down to three and a half. We can do this! It’s not that difficult. Otherwise, I think KAN did a fantastic job – the stage was beautiful. I look forward to what AVROTROS will do next year in the Netherlands — I already have a hotel in Rotterdam; crossing my fingers that it hosts, since it is the only major city not to host a Eurovision thus far. 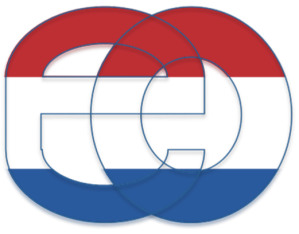 And, before I go, I want to congratulate AVROTROS on a job well done. This victory was eight years in the making. It started with the TROS (the broadcaster’s previous incarnation) deciding on a new approach: taking Eurovision seriously. They began by connecting with the Dutch music industry, calling upon Anouk, one of the country’s biggest stars, to restore the county to its former glory. Since Birds became the first Dutch entry in nine years to qualify for the Final and first in thirteen Contests to finish Top Ten, the Netherlands has consistently sent industry stars, resulting in five qualifications (out of six Contests), including a second place in 2014 and now this victory. AVROTROS is a perfect example of a country deciding to actively pursue winning, giving musicians the freedom to craft their own song and performance, and not being afraid to take the long game approach. Hmm, perhaps a few other countries can follow this model and give established artists free reign to create strong entries on their own, just saying. The Dutch music industry is not nearly the strongest one on the continent…

One more friendly reminder: I will be featured on KUSH 1600AM at 8am US Central Time on Monday (20 May) (of Cushing, Oklahoma, USA – Part One & Part Two) and with the EuroWhat? Podcast this upcoming week to talk with Ben and Mike about this year’s results!

Another fantastic Contest that I will be watching for years to come. Many strong entries, a great production, and a winner with whom I fully agree. I cannot wait to attend next year!