As a part of the OGAE ROW points race for tickets for ESC 2020, I am keeping tabs on San Marino’s selection process. Unfortunately, this year, SMRTV has decided to revert to an internal selection as opposed to doing another national selection like their collaboration with 1in360 from last year. Anywho, this is my first post for their blog. Enjoy! 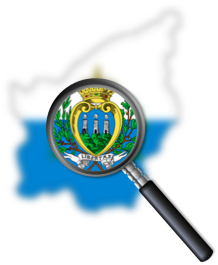 San Marino after the swirling of rumors and anticipation on social networks, the microstate’s participating broadcaster, Radiotelevisione della Repubblica di San Marino (SMRTV), made an unexpected announcement shortly before we all flipped our calendars into the new year. Not only would SMRTV not be working with 1in360 this year, but they have reached an agreement with an “international artist” who will be announced soon along with their song; we must only stand by for the official press conference in a few weeks. Head of Delegation Alessandro Capicchioni and the SMRTV team are optimistic that this will entry will bring about a change in fortune for San Marino, who has qualified for the Final only once.

The Sammarinese delegation noted they considered a variety of proposals (maybe that including holding a national final again) and that this was the best option. I didn’t know, nor did most of the Eurovision community, that San Marino had so many options available to them. SMRTV General Director Carlo Romeo had this to say in an official press release,

This year we have worked hard on several proposals, as the Israeli edition is important to us for many reasons. Eventually we chose the best project, fully supported and approved with a wonderful International artist. Fingers crossed, but I think we will have a very good entry. Good luck to all our friends and colleagues involved in the organisation of such an important TV event, a world-wide event based on a joyous combination of music and dialogue, spectacle

While I am disappointed in the lack of a semi-final, let’s hope the right choices are being made as post-production of the entry wraps up. SMRTV hopes that this song, their tenth in the Contest, will be the chain of light leading San Marino out of the depths of the ESC scoreboard.

This entry was posted on January 7, 2019 by ESC Obsession. It was filed under Eurovision 2019 - Tel Aviv, News Updates and was tagged with esc 2019, national selections, san marino.